Erith were contracted to remediate a large site in Bolton Town Centre that was once home to four large, now redundant, Gasometers. Used for the storage of town gas to service the surrounding area. Once decommissioned and dismantled the land becomes invaluable property for possible future development.

After a successful tender, CCC has worked on several areas of the new build. At the outset CCC removed 250,000 tonnes of hazardous material from the site, removing it to approved tips throughout the North West. We then supplied recycled and quarried aggregates for the construction phase operating in tight site conditions but always to the deadline.

CCC was engaged by Erith to transport quarried aggregate to fill in the bases of the four towers. Some 15m deep the timely transportation of materials was paramount. There was also concern by local residents and businesses due to the constant movement of our wagons. Working closely with Erith we controlled the timely entry and exit from site and maintained safe use of the entry and exit roadways. CCC also provided on-site Roll ON Roll Off skips for general site clearance.

The contract lasted for 8 weeks and CCC moved in excess of 50,000 tonnes of material and the project was finished on time with little disruption. 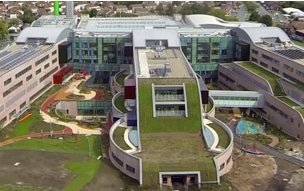 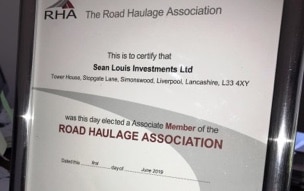 Great Welcome from the RHA

We use cookies to ensure that we give you the best experience on our website. If you continue to use this site we will assume that you are happy with it.OkPrivacy policy